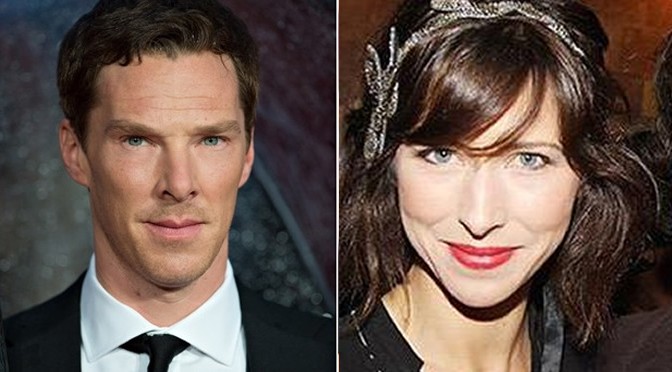 I first saw Benedict Cumberbatch in his role as the creepy chocolate purveyor in Atonement with Keira Knightley, though he’s most famous for his work in Sherlock Holmes and 12 Years A Slave. Now the charming English chap is getting quietly engaged to a relatively new name on the scene – Sophie Hunter. So just who is this mysterious damsel who wooed the suave Brit?

Though she’s a Brit herself, Sophie Hunter won’t be any barefoot housewife on the next season of Ladies of London: she has a successful career of her own as an actress/director.

She starred alongside Cumberbatch in the 2009 film Burlesque Fairytales and even won the Samuel Beckett award for writing and directing her play “The Terrific Electric” in 2007. She’s directed many other stage productions, and she also recorded the French language music album The Isis Project, released in 2005, in collaboration with songwriter Guy Chambers. What a Renaissance gal!

The low-key couple announced their engagement in classy, reserved Londoner fashion today in The Times:

The engagement is announced between Benedict, son of Wanda and Timothy Cumberbatch of London, and Sophie, daughter of Katharine Hunter of Edinburgh and Charles Hunter of London.

What do you think? I’m loving that Benedict is pulling a Clooney and marrying a career woman.

2 thoughts on “Who is Benedict Cumberbatch’s New Fiancee Sophie Hunter?”