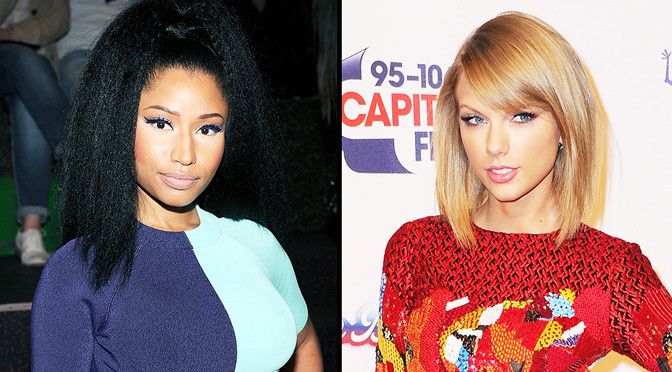 Y’all know Sassy isn’t about having a sociopolitical debate, so we’re gonna leave Nicki’s original argument on the table. However, here are the most important points of the beef, some of which will have both camps kicking me to the TMZ-watching curb:

Any way you slice it, there was a real conversation to be had here and it was overshadowed by some serious stupidity. So… yay / boo? What did you think about the war?

2 thoughts on “When Taylor Swift & Nicki Minaj Fight, We All Somehow Both Win & Lose.”