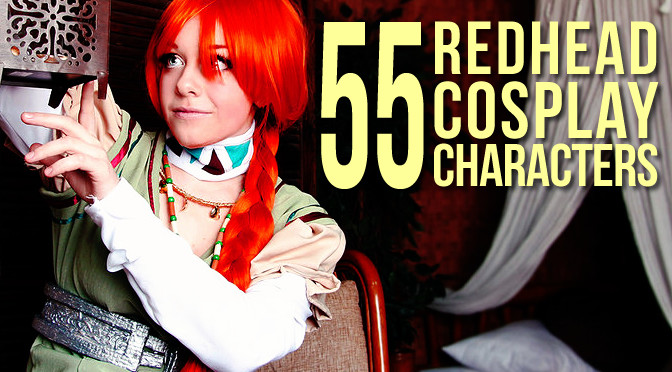 I LOVE being a redhead, and one of my favorite things about it is using my hair as a centerpiece in costumes. Cosplay as a redhead is quite easy – there are a multitude of characters primed and ready for gingerfied costuming.

How does this differ from our list of Halloween costume ideas for redheads? Cosplay (in my estimation) tends to favor source material from the geekiverse (particularly anime/manga and videogames), whereas regular costumes derive more from general knowledge.

Also, while Halloween costumes are pretty occasion-specific and often involve scary (and/or lazy) elements, cosplay can be worn to cons throughout the year and usually involves a fair amount of effort in putting the ensemble together. As such, it may benefit you to read both lists in order to get a full list of costumes together.

*Gender-bending is in, in cosplay and elsewhere. (And it’s always been part of anime culture.) Open your mind and consider a costume outside of whatever gender you identify as, or switch the gender of your favorite character and reinterpret it for extra fun.

I’m sure I missed many, so tell me what I didn’t include in the comments below!

8 thoughts on “Redhead Cosplay Character Ideas – 55 Of Them!”