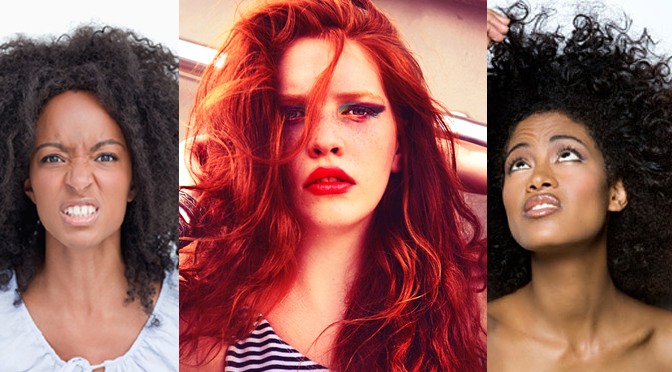 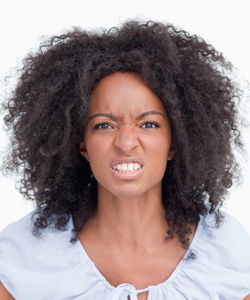 A cartoon in The New Yorker caught the media’s attention with a controversial satire of Michelle and Barack Obama depicted in the stereotypical roles of a 1970s militant Afro-wearing black woman and a traditional Muslim, respectively. Even my fellow beauty fanatics over at Naturally Curly have a bone to pick with the satire; specifically, why is having an afro associated with being an angry activist?

Another interesting question: if Michelle Obama did decide to sport a kinkier ‘do, would America be open-minded enough to accept a First Lady wearing a style still so closely associated with an ethnic group? I always assumed Obama’s religious affiliations would be the point of prejudice in this election, but The New Yorker’s illustration suggests that racial stereotypes may still be a battle Barack will have to fight.

The debate garnered enough attention to warrant a press release, which I’ve included below:

Austin, TX – July 2008 – “The New Yorker” managed to aggravate supporters of presidential candidate Barack Obama, Muslims and African-Americans with its recent satire depicting Michelle Obama as an afro-wearing, gun-toting, 70s militant and Obama, himself, as an Osama bin Laden-loving Muslin. The magazine has also provoked a community of curly-haired women and men who are disappointed that an afro would be associated with symbols of violence.

In fact, since the controversy ignited, NaturallyCurly.com, an online community that informs, empowers and unites a community of people brought together by a common interest – curly hair, has been barraged by messages from community members.

The founders of NaturallyCurly.com have editorialized on the matter, stating: “While the cartoon is meant to make fun of the scare tactics and misinformation being lobbed at Obama, it reinforces negative stereotypes about both Muslims and natural hair. We’re all for exposing the stupidity of fear mongering, but playing on people’s stereotypes and insecurities is not a positive trend for a democracy. NaturallyCurly appreciates cartoonist Barry Bitt’s attempt at satire, but we fear the image will be used as fodder for close-minded individuals who don’t understand the cartoon’s true purpose.”

Not all visitors were concerned about a misunderstanding of the satire. Some women, including those with natural hair, liked the cartoon and what it stands for.

“My initial reaction was ‘that’s wrong and inappropriate,’” says CurlTalker Webjockey. “Then I looked at his other work. He just likes to show the absurdities of opinions. I can dig that.”

“I like it very much but I wish it wasn’t on the cover,” says CurlTalker Frau. “There are many people who won’t read the article or understand it as satire as they’re walking quickly by newsstands. I can imagine that picture being a catalyst for imprinting negative views about the Obamas.”

In response to “The New Yorker” controversy, NaturallyCurly rushed to press a piece it has been working on for several weeks, examining the historical role of super kinky hair in American politics. The article, “Michelle Obama and the Politics of Hair,” and accompanying photos explore whether America is ready for a high-profile politician or political wife to wear super kinky hair.

I really find this sad not only in a racial sense, but regarding gender stereotypes as well. On the whole, Americans still want to see their Presidents married to a Jackie Kennedy; a classically pretty, reserved, WASPy housewife. Women in the public eye still can’t, for lack of a better term, let their hair down.

2 thoughts on “Does Curly Equal Surly?”