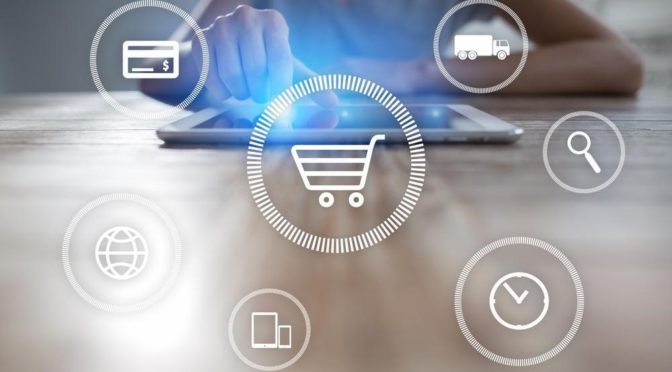 One of contemporary life’s greatest pleasures is pointing to something on a screen, sitting back and waiting for it to arrive at your door. That ecommerce has forever changed the way we shop is inarguable.

The business model has transformed the way consumers browse, compare, and purchase products, and this behavior continues to evolve. Now, whether or not that’s a good thing depends upon different things for different people.

Let’s take a look at the “Ecommerce Effect”.

As we mentioned above, if there’s a more convenient way to shop, it has yet to be unveiled. What’s more, with the ascendance of mobile computing, shopping can take place anywhere at anytime.

Got 15 minutes to kill waiting for an appointment with your dentist? Let’s look around for a new pair of jogging shoes. Once you find them, in some cases you can have them delivered the same day.

And all you had to do was lift a finger—literally.

Ecommerce has made becoming a proprietor easier than ever before. Whether you want to use a platform like Shopify to sell makeup from home, promote your dog walking service, have a Dutch barge for sale UK, or be a virtual personal trainer, ecommerce has made it both easy and incredibly cost effective.

Fold in a service like drop shipping and suddenly it’s possible to start a furniture store with next to no cash or physical infrastructure whatsoever. Ecommerce opportunities are limited only by the imaginations of entrepreneurs.

Companies like UPS, FedEx and the USPS have had to hire more people to keep up with the expanded demand fostered by ecommerce. If you’ve ever seen the inside of one of Amazon’s fulfillment centers, you were no doubt amazed at the sheer size and scope of the operation.

When you consider the company operates them all over the world, it’s incredible how many jobs they have created. But that’s just the tip of the iceberg. Manufacturers are selling more, so they have to produce more. New opportunities exist in field such as market and information technology. Writers, photographers and graphic designers have also benefitted from the Ecommerce Effect.

While ecommerce has yet to kill traditional retailing, it has certainly redefined it. If you’re operating a brick and mortar store offering something people can buy online, you’re facing some pretty stiff competition. Where the downtown areas of many large cities once hosted a wide variety of retail businesses, these days, it’s mostly services one cannot provide through ecommerce.

Thus, restaurants are thriving, as are barber shops hair salons and the like. If people can buy it online and have it delivered to their homes, business owners are having a difficult time getting them to walk into a store and make a purchase.

In some cases, former shopping malls have been converted into ecommerce fulfillment centers.

Though it’s been a while since we’ve heard about a spectacular hack such as the ones perpetrated against the CIA in 2017, the Marriott hotel chain, Facebook, British Airways and Cathay Pacific all had their online security breached in 2018.

Hacking is alive and well.

Identity theft and credit card fraud remain significant issues. These have been exacerbated by the ease with which ecommerce purchases can be mad using stolen credit card information.

Long story short, as good as ecommerce has been for the economy in general, it does leave some rather significant concerns in its wake. Still, it’s hard to dispute the growth of the industry is phenomenal and that it represents a new golden era in retailing. With its ability to provide so much opportunity with so little investment, the Ecommerce Effect has proven to be a dream come true for a whole lot of people.