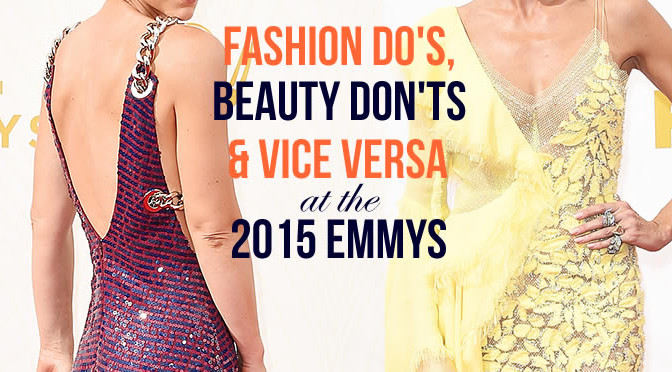 The Emmy Awards 2015 were filled with fashion and beauty highs – and lows. Some came in the same package — like Claire Danes:

This Prada is EPIC. The chains kill me, and the beading… Jesus. 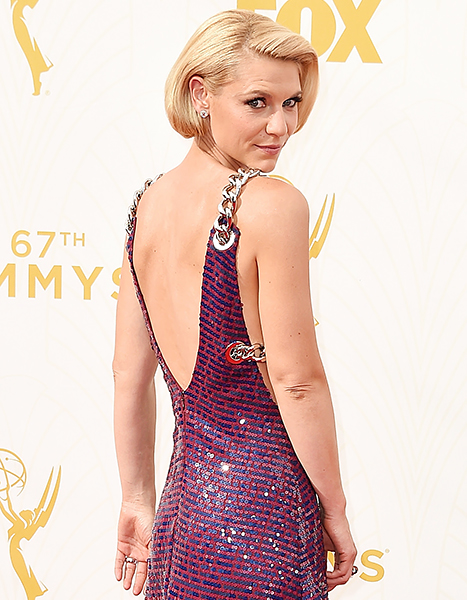 But there’s one problem:

But the dress makes up for it. I’d literally kill someone for one.

Some stars had the opposite problem, like Heidi Klum:

Oh, look at Heidi’s fabulous little chignon and fresh face and those elegant drop earrings. It’s so classy and sunkissed and – wait, what’s happening down there? 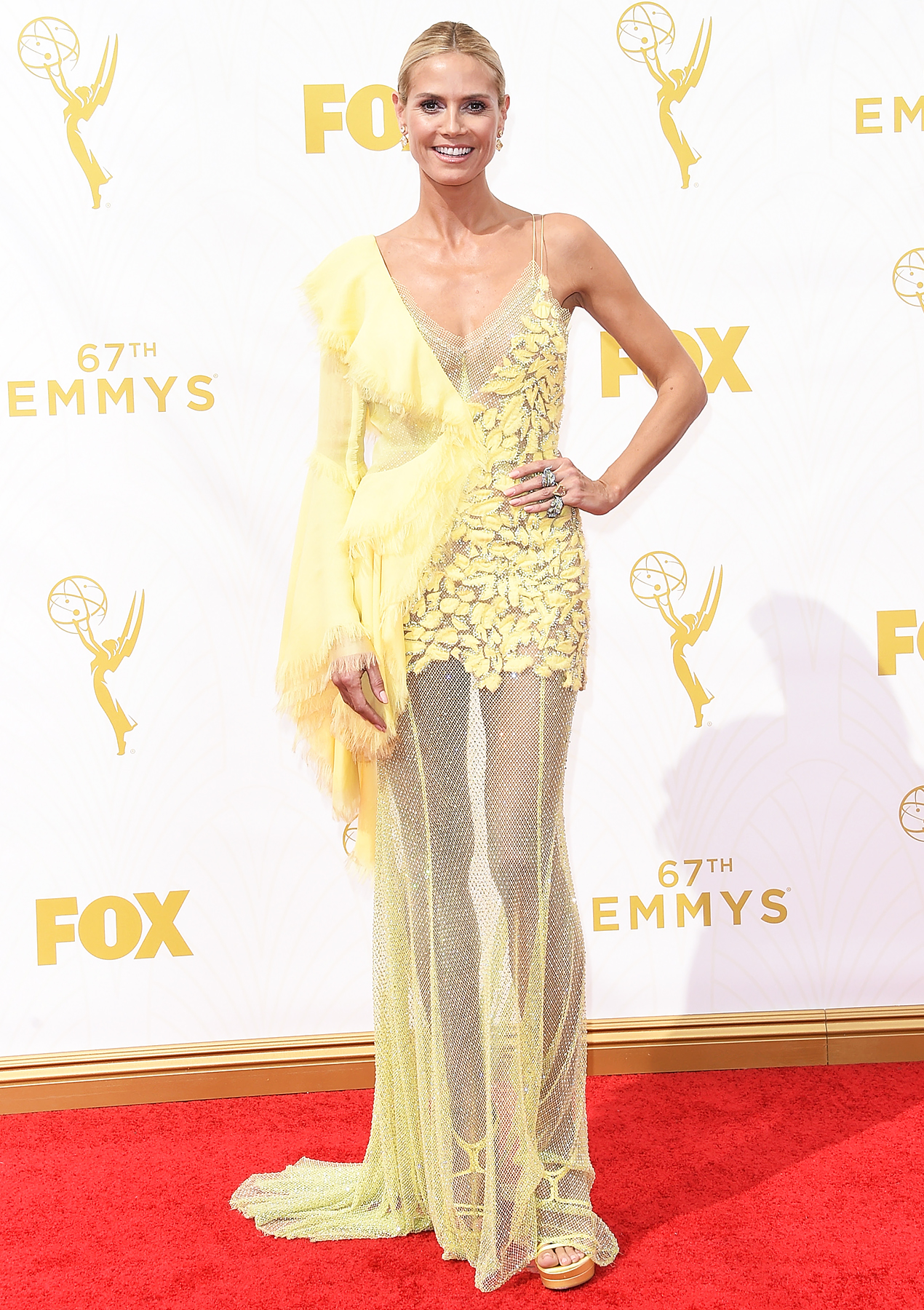 OH DEAR GOD IN HEAVEN, what manner of fashion hell is this?

Look, maybe it’s me and Atelier Versace, because I haven’t enjoyed them for a long time (that Miley debacle was a prime example). But she looks like a figure skater who chose Katrina and the Waves for her competition track.

Or maybe like Blanche DuBois mid-disrobe. Both are shudder-worthy thoughts.

Another star who almost nailed it, were it not for a fashion faux pas: January Jones – 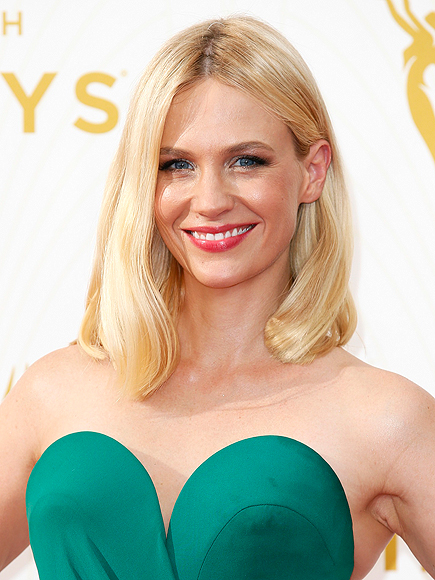 Hair length and color: perfect. Lip color: making those baby blues pop out of her head. Has this gal been on a hit show for a decade? I wouldn’t believe it if I didn’t know otherwise, because based on this look that would have made her 12 when she started. Just fabulous.

I even liked this rather daring choice (a teal Ulyana Sergeenko jumpsuit) below the neck — at least at first: 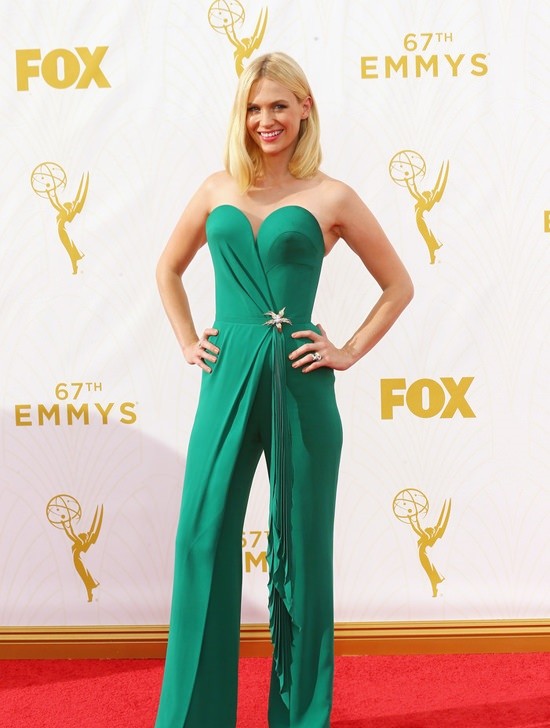 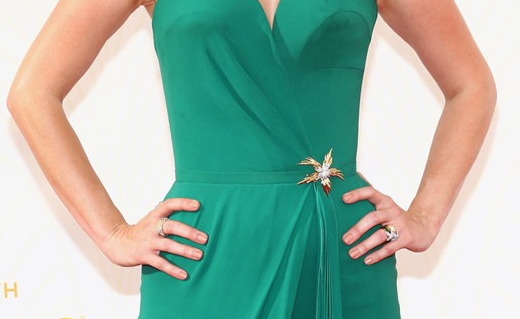 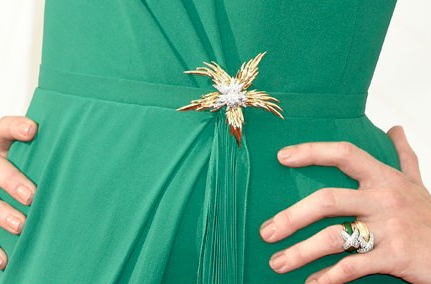 Seriously, what is that? On first glance, next to the teal I thought it was a starfish to go for some horrific matchy-matchy beach thing. But now that I look closer, it’s starting to look like one of my grandmother’s old couches (that she’s since replaced because she realizes it’s not remotely stylish anymore).

On the runway, they were wise enough to show a considerably less unattractive accessory: 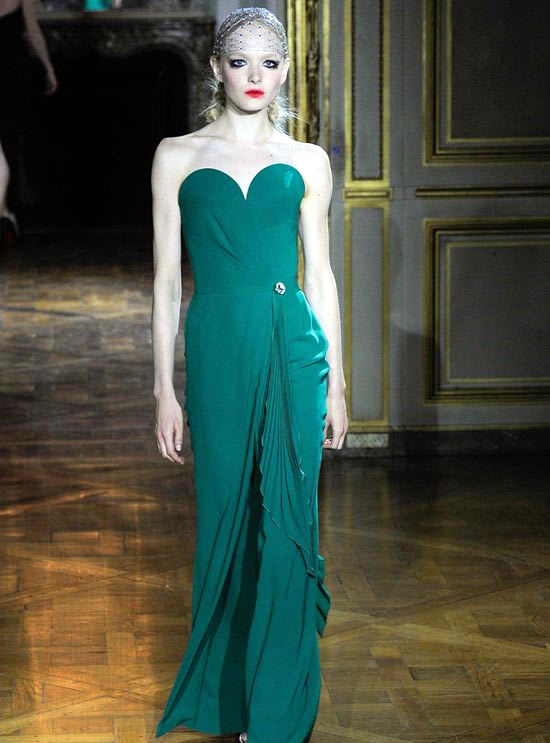 (By the way, screw both those gorgeous blondes above for being tiny enough to not look like an overstuffed gangster’s wife in this. Even if this one is see-through.)

What did you think of the Emmy’s this year? What looks stood out to you?