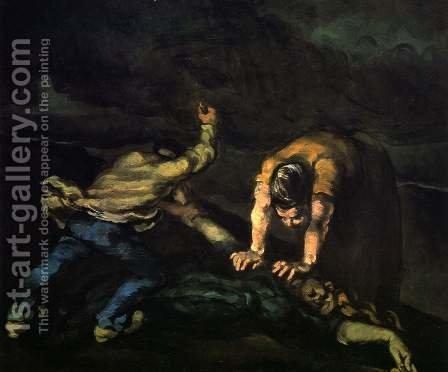 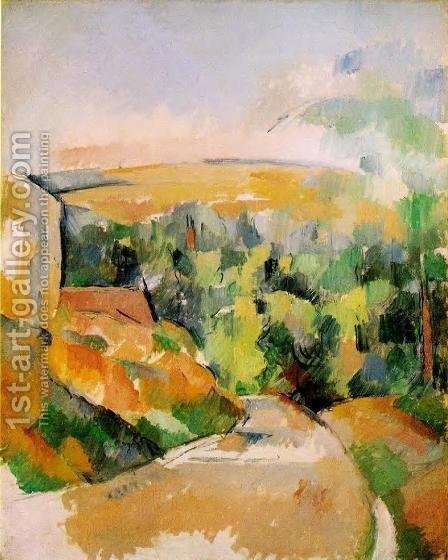 Twentieth century art owes its existence partly to post-Impressionist maestro Paul Cezanne. Alongside Vincent Van Gogh, the famous Dutch master, the French painter Cezanne ushered in the post-Impressionist era while paving way for influential art movements like Cubism and Fauvism. In fact, Pablo Picasso himself declared that Cezanne was his one and only master.

Underrated and unappreciated during his lifetime, Cezanne had quite an antagonistic personality, who chose to eschew the conventional mores of the time. In an artistic exploration that spanned about 40 years, the avant-garde pioneer produced about 900 oil paintings and about 400 water color works. Let us have a look at some of the masterpieces by the famous artist.

It may interest you to know that the masterpieces of Cezanne can be categorized within the different phases of his career. The unconventional artist’s work is divided across four periods – the Dark, Impressionist, Mature, and Final period. 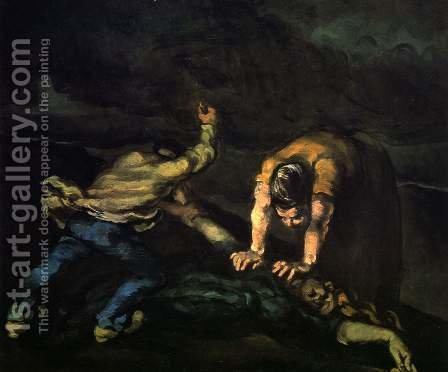 When the Academie des Beaux-Arts had refused to display the works of non-conformists like Cezanne, the disappointment and resentment came through in his dark works. ‘The Murder’ that was painted between 1867 and 1868 is a testimony to the period when the artist explored the dark colors and theme.

Moreover, this is one of the Paul Cezanne paintings where he has experimented with the palette knife. Cezanne also painted portraits of his uncle Dominique using the same technique. The avant-garde art of this period illustrates a certain degree of violence. 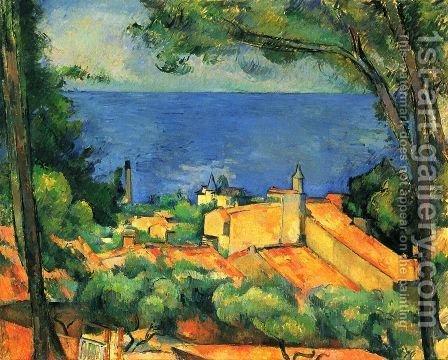 Between 1870 and 1878, Cezanne shifted from dark colors and themes to lighter landscapes. It was during this phase that he created L’Estaque, Melting Snow in 1871. This Cezanne artwork is still a point of debate among art lovers. Along with the influence of Cezanne’s mentor, the great master Camille Pissaro, being clearly evident in this artwork, this painting is also interpreted as his emotional response to the Franco-Prussian war of 1870.

This masterpiece of a landscape was completed by the artist in a single, continuous session, possibly expressing his anguish at having been declared a draft-dodger for refusing to fight in the war. 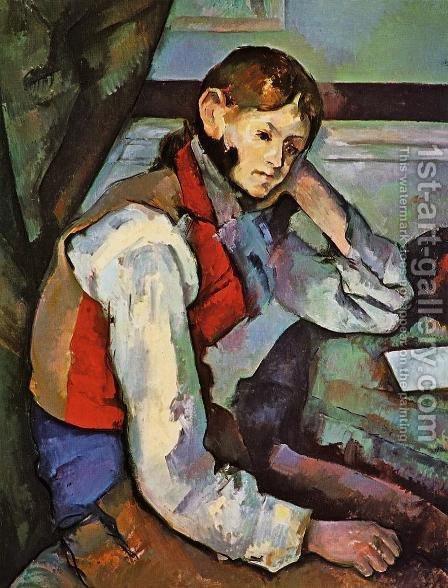 One of the several famous works of Cezanne in the mature period is the strikingly modern masterpiece of ‘The Boy in the Red Vest’ which was part of a series, comprising of four portraits of an Italian boy, in different poses. The objective of creating all the illustrations was to delve deeper into the connection that exists between the relationship of figure and space. This skilled, nuanced and innovative work in rich colors is a beautiful blend of both planning and spontaneity.

Also, known as ‘The Boy in the Red Waistcoat’, this artwork is the perfect blend of Impressionism and Classicism. In fact, the first owner of the painting was none other than Claude Monet- one of the founding members of the Impressionism movement! Monet paid rich tributes to the Cezanne masterpiece by declaring that ‘Cezanne is the greatest of us all.’ 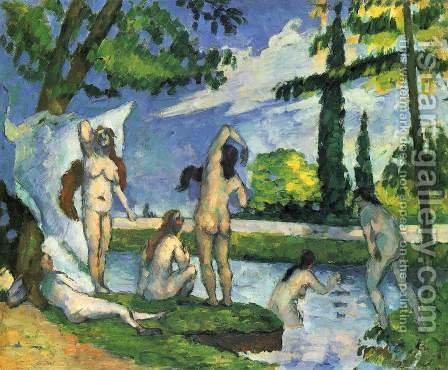 The artist’s final days were also spent in isolation after being diagnosed as diabetic and losing his mother who had been his strength. Some of Cezanne’s masterpieces were painted during this final period.

Counted among the 100 greatest paintings of all time by BBC, one of Cezanne’s masterpieces is from ‘The Bathers’ series. The path-breaking series marked the transition from Post-Impressionism to modern art movements. His magnum opus was ‘The Large Bathers’ also known as Big Bathers, which is the largest painting in the series and took about seven years to complete but remained unfinished at the time of the master’s demise in 1906. 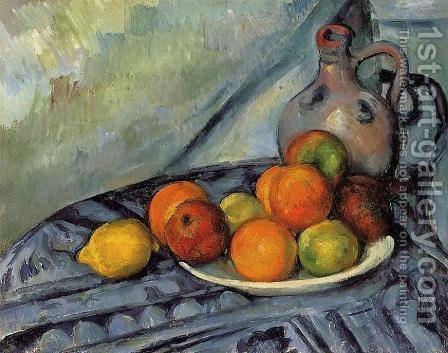 It might surprise you that the most expensive still-life painting ever sold at an auction was created by Paul Cezanne. The style of painting was a precursor to the radical Cubism movement in art. ‘The Jug, Curtain and Fruit Bowl’, that shows fruits about to tumble down tantalizingly, was painted circa 1893 and 1894. 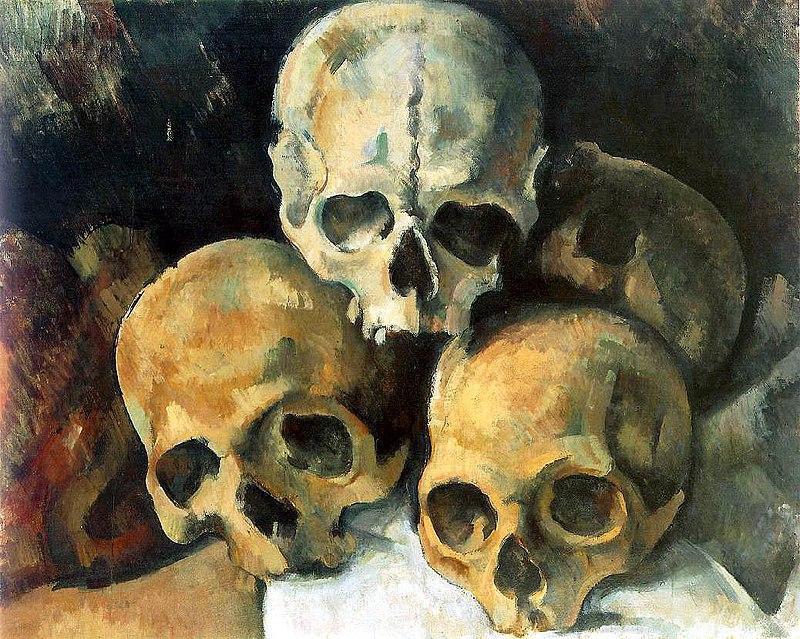 One of the remarkable Paul Cezanne artworks, the melancholic ‘The Pyramid of Skulls’ depicts the artist’s brooding state of mind, while grappling with the loss of his mother. His obsession with his impending death and mortality is also visualized through his various works revolving around the similar theme of skulls. Though he had withdrawn into the world of art and colors, his work began to receive appreciation and respect from the younger crop of painters.

Avant-garde and Ahead of Time

The vivid colors in masterful brushstrokes dealt more with substance instead of lingering only on style. There are also self-portraits of the originator of the modern movement, who had been ignored for most of his lifetime. To browse through more delightful avant-garde art by Paul Cezanne that will amaze you.