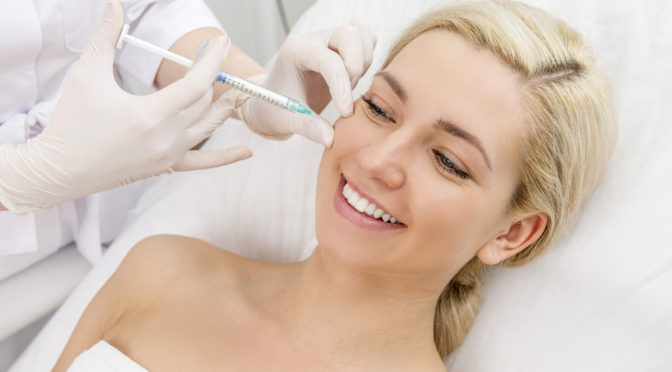 Cosmetic surgery has been growing in popularity to the point of becoming somewhat of a norm. It is now rare to see a celebrity with a completely natural face and body, and it is no longer unusual to see those around you with impossibly perfect features. However, there are still many people who decide not to go ahead with it as it includes an element of risk due to the invasive, surgical procedures involved. But now, non-surgical cosmetic treatments have been introduced into the equation; making it a far more tempting route for people to take. They are still fairly expensive so if you need some help getting the funds together, Compare insurance, credit cards, or personal loans in seconds at gobear.com, but they are far more affordable than traditional treatments. Here, we run through the most popular forms of non-surgical procedures.

You’ve probably heard of this one as it has been around for a while and has become fairly commonplace. Botox or to give it its proper name, Botolinum Toxig, involves having a number of injections of this chemical in certain areas of your face, to relax wrinkles. This explains why it is so popular with people over 40. Botox freezes facial muscles which gives people the tell-tale sign of a face which is unable to express a full range of emotions. This is obviously not much of a deterrent as there are over 6 million Botox treatments administered every year. Botox is not only used in the face, but also in other areas of the body such as armpits to stop cases of excessive sweating.

Fillers or dermal fillers as they’re often known, have the potential to re-sculpt many different areas of the face if you are not happy with the shape of your features. They have been used for lip-plumping for some time, but now they are being used to create stronger jaw lines and straighter, more symmetrical noses. Fillers are injected under the skin to create false structural components. Non-surgical treatments like these are popular as they are only semi-permanent, so people can experiment with different looks without taking the risk of having a surgical procedure. There is also minimal recovery time from these treatments which is a huge advantage.

Various skin treatments are now available which have been designed to rejuvenate skin which has signs of damage or is just not as perfect as you’d like. One example is an acid peel which removes the top layer of skin to reveal a fresher, less damaged lower layer. Another option is microdermabrasion which uses tiny needles to traumatise the skin, therefore encouraging it to speed up its healing process. This is often used to treat scarring or hyper pigmentation.

If you’re thinking of getting a non-surgical cosmetic treatment, you still need to make sure that you are going to a fully licensed practitioner. Ideally, choose based on recommendations from others who have used them too, as this way you will know that you will be given top-quality treatment. For more beauty tips, take a look at sassydove.com. And if you need a Botox treatment in Toronto, check out Botox Toronto.

2 thoughts on “A Guide to Non-Surgical Cosmetic Treatments”