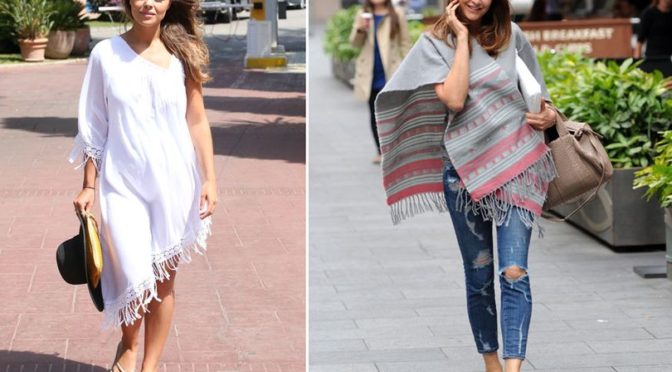 In 2015, Americans spent around $2.6 billion on one of the most popular summer footwear –the custom flip-flop. Flip-flops are probably the oldest form of footwear in existence. This type of footwear traces its origins back to ancient Egypt, around 4,000 B.C. However, other cultures around the world have put their own twist on these sandals. Romans, for example, placed the strap after the big toe, while the Mesopotamians placed it on the third toe.

As for the modern-day custom flip-flop, we can all thank the Japanese for it. Today’s flip-flops traces its roots back to Japan after the Second World War. Japan started shipping flip-flops made of rubber to the U.S. in the 1950s. It was one of their earliest exports after the war. They were called Zoris, after the Japanese footwear made of straw.

It’s interesting to note how Americans were so eager to adopt and purchase footwear from a then enemy state.

The earliest people to start using flip-flops in America were housewives. They would wear a pair of custom flip-flops in the shower, or for just walking around and outside the house. Soon after, children started wearing them as well. Because these flip-flops were cheap and came in colorful designs, it didn’t take long for them to become a summer staple.

In the late 1990s, the humble flip-flop became a trendy summer sensation. A Brazilian-based flip-flops company helped bring the lowly flip-flop into popularity with their fun and quirky styles and designs.

SHOULD YOU WEAR CUSTOM FLIP-FLOPS?

Flip-flops remind people of summer. It’s up there with beach towels, backyard grills and baseball as the standard symbol for the summer season. Some people probably own several pairs of flip-flops in different colors and styles for different purposes. For others, this rubber footwear also serve as fashion statement. They’re fun, colorful, comfortable and compact. Who wouldn’t want to wear them?

While a lot of people might advice you against wearing flip-flops, saying the design puts the wearer at risk for cuts, stubbed toes and scrapes. Some experts have even joined in to say that flip-flops increase the risk of sprained ankles, heel pain and ligament injuries.

Regardless of such claims, flip-flops can’t be beat—they remain as popular as ever. Let’s take a look at why flip-flops remain everyone’s favorite summer footwear.

The number one reason why people prefer using flip-flops is because they are so easy to use. Just slide your foot inside one and you’re ready to go—no buckles, socks, or laces required. Flip-flops give off a happy-go-lucky, chill vibe, when the rest of life seems hard and full of responsibilities.

Researchers have recently come up with the term “enclothed cognition” as a way to logically explain the influence our clothes have on our psyche. They discovered that volunteers of their research performed better on certain tasks when they were wearing a lab coat. The same can be said when you’re wearing customized flip-flops. When you wear them, your brain automatically tells you to relax and have fun.

When you wear a pair of closed, heeled shoes or men’s wingtip shoes, your brain immediately sends a message signaling, “it’s time for work”. When you slip on a pair cute customized flip-flops, your brain signals that it’s time to play! After work, slip on your flip-flops and liberate yourself from all the formality. Let your feet breathe and just ejoy!

Flip-flops don’t only give us images of the beach and a leisurely lifestyle. They also conjure images of vacations in exotic places. Since they are light and compact, you can use them as your ultimate getaway footwear. Whenever you feel the itch to go to a beach or to some exotic country abroad, just grab your flip-flops and you’re all set to go exploring places.

While most of us see flip-flops as simple, unassuming and minimalist, it doesn’t mean that they’re boring and unexciting. On the contrary, they are among the most colorful and most uniquely-styled footwear out there. You will never get bored choosing the designs that fit your personality and taste.

You can express yourself with the palette of fun colors that flip-flops come in. The best part is that they’re also inexpensive. You can purchase the whole set of colors without breaking the bank. They’re the best way for you to express individuality, youthfulness, trendiness and non-conformity.

When you spend hours wearing closed shoes, your feet tend to sweat and gather bacteria. The reason why most people have smelly feet is because they keep their feet trapped in shoes for hours on end. Fortunately flip-flops help counter this problem.

Flip-flops keep our feet unbounded and free. When we wear them our feet are literally able to breathe and relax. Keeping our feet free and open reduces the risk of getting fungi and bacterial infection. Also, when you feel like your feet are tired from being trapped inside shoes, just take them off and slip on a pair of flip-flops on hand. Slip them on and spread your toes. You’ll be able to relax and feel free.

Some people wear flip-flops for comfort, and some because they look cute. When we wear flip-flops, we’re also making a statement. For so long people are made to believe that they have to hide their feet because they’re ugly or unsightly. Wearing flip-flops is like saying we no longer care about such backward and irrational ideas. Our feet have taken us across thousands of miles, different climates, countries or every type of terrain imaginable. Our feet have worked and taken us to places—it’s just right that we show them. Flip-flops allow us to show people our feet. It allows us to love our feet more and appreciate them.

Flip-flops are simple, smart, sexy and compact. You can wear them with whatever style of clothes you want—from beachwear outfits to casual chic. They’re cheap and easily accessible. They help in avoiding food odor, fungal and bacterial infection—what more could you want?