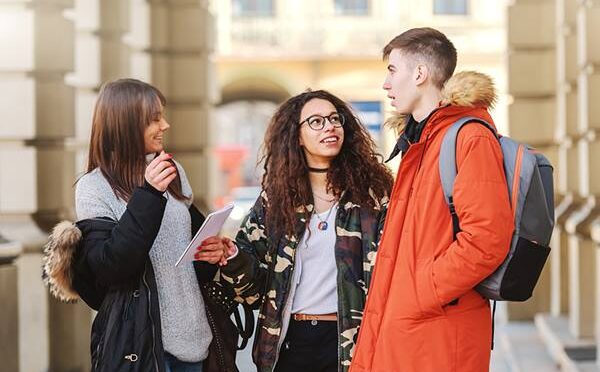 You’re communicating the best you can. But it just doesn’t seem to be breaking through.

Imagine someone just standing at a podium, not moving, and reading everything by rote. Your attention would drift. You wouldn’t be receptive to the message.

If you don’t think about nonverbal communication, it’s very easy to miss. But it’s extraordinarily important. Let’s take a look at how you can improve your nonverbal skills.

Learn how to listen Actively

Have you ever been speaking with someone and just totally tuned out?

Suddenly you realize they’ve been talking for five full minutes and you can’t remember a single thing they said.

That’s because you were passively listening, not actively. You thought you were listening, but you weren’t engaging.

Engaging while listening takes some time. You need to focus, and that doesn’t always come easy. Practice repeating things, asking questions at appropriate times, and generally engaging with the content.

Like everything, this takes habit. Your habit is probably going to pull your attention away and start forcing you to think of other things, such as grocery lists, or other chores. But if you practice actively listening, you’ll find yourself doing it more and more.

Mirror Their Body Language and Pay Attention to Your Own

One way you can endear yourself to people is to mirror their body language. This might sound odd, but it’s basically responding to people with the same “tone” they use with you.

If they have an open body (are standing without their arms crossed, are facing you), you want to do the same thing. If you pull away from them, cross your arms, or look away, they’re going to feel like you aren’t receptive to their message.

People like people who put the same energy out toward them that they’re putting out. It’s mostly subconscious, but it really matters.

Take some time to watch speeches, television shows, and movies and see how characters position their bodies, how they move their hands and arms, and how they mirror each other. It’s something that most people don’t notice off the beat, but once you do start noticing it, it’s going to become immediately obvious in the world around you.

Think About Where You Are Positioned in the Room

Where people are in relation to each other in physical space also matters.

When you can, you should usually position someone you’re talking to in their own position of power, even if that means sitting while they’re standing. While it may feel like you’re losing control, you’re actually gaining it; you’re ensuring that they feel comfortable enough to talk to you. You will get better results and they will be more open with you about their feelings and their instincts.

Don’t Fidget or Split Your Attention

A lot of people find themselves having fast, standing up conversations, talking while on the computer, or even texting while talking. This is a great way to do two things poorly.

It doesn’t feel like it, but splitting your focus does mean that you’re not going to be paying attention to key things. You might think that you’re giving them enough attention, but you’re probably not reading their body language or other important aspects of what they’re saying. And the other person isn’t going to feel as respected because they know it.

When you concentrate on someone, they feel special. You notice more, you make more time for them, and you glean more insight into what they’re actually trying to convey. Multi-tasking is actually largely a myth, in the sense that no one actually multi-tasks “well.” There is always a sense of grinding between tasks.

Use Gestures for Emphasis

Let’s think back to that person on the podium. When you see an engaging speech, they very rarely just stand there and talk. They use gestures. But how?

That’s not because you’re a child, it’s because it’s the natural way we process language. Even as adults we process language that way, but we forget because we’re so focused on the words. When you use gestures, you make it easier for people to understand what you mean, even if you feel that your meaning is very clear.

Begin Working on Your Professional Skills

There’s one final way to improve your nonverbal skills: Sign up for a class! Sometimes the best way you can improve your nonverbal skills is to actually talk to an expert. Some experts, such as those that receive their training from the London Image Institute, can provide guidance across a wide range of subjects, from attentive listening to professional conduct and dress. There are a lot of workshops that will teach you how to change the way you gesture and control your body, so you know exactly how to improve your communication outcomes.

One thought on “How to Improve Nonverbal Communication Skills”