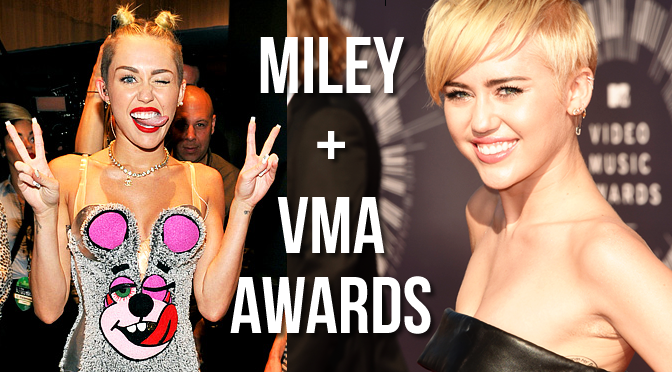 As everyone gears up for the 2015 VMAs (and MTV preps for Miley’s hosting by putting the show on a delay – smart), we can’t help but remember some of Miley’s most famous — and infamous — VMA hair, makeup, fashion & beauty moments of the past.

Of course, we’re the superficial types here, so we don’t care what she did, said or sung – only what she looked like: 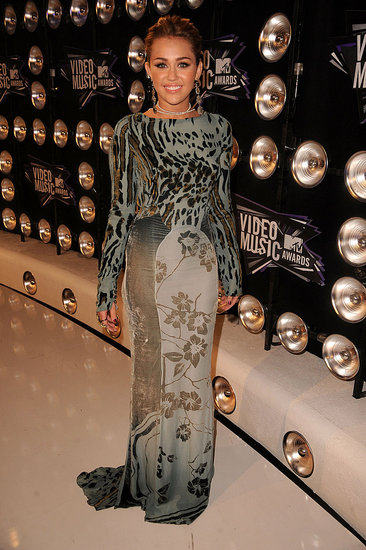 Miley’s 2011 look included a sexy backless Roberto Cavalli dress with a dual print and a slightly see through finish. Her sleek updo and glam jewelry made the look chic. 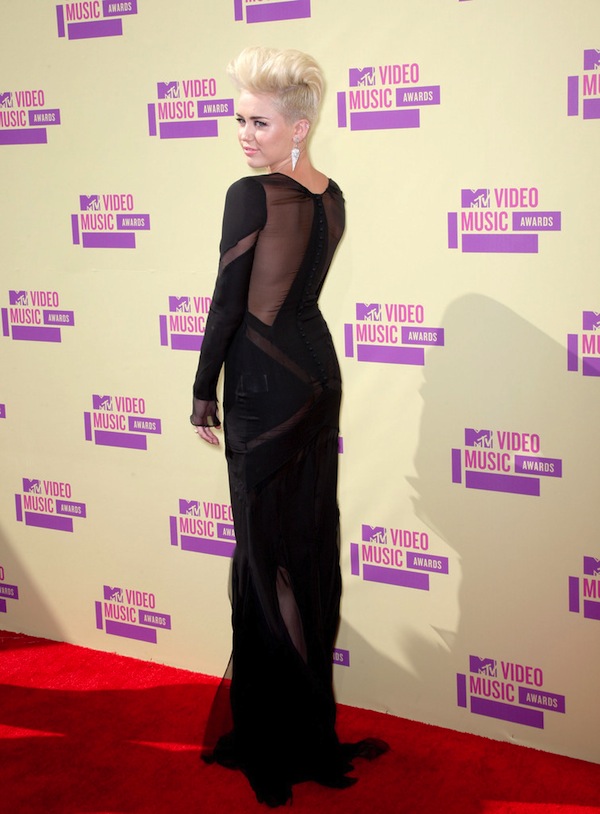 Signs of the new Miley appear as the singer pairs a faux-hawk bleach blonde pompadour hairstyle with an Elvira-inspired Emilio Pucci gown (replete with see-through panels) and an Edie Parker clutch. 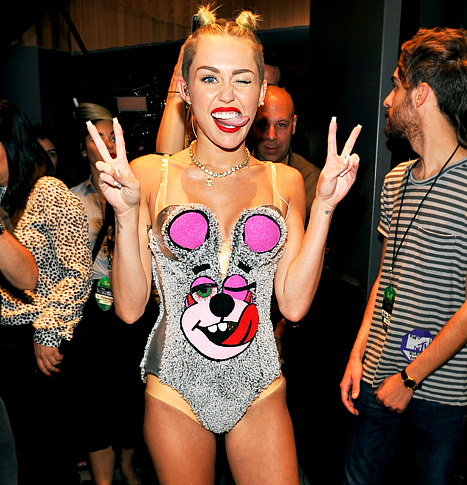 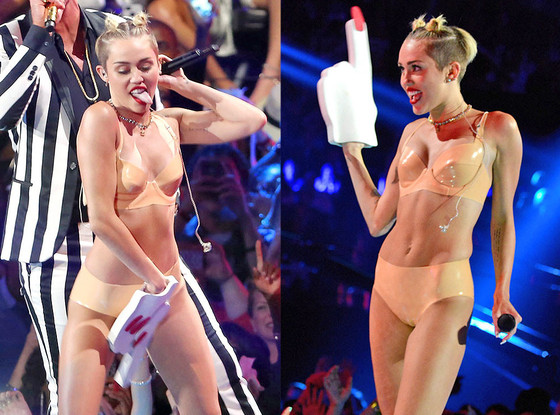 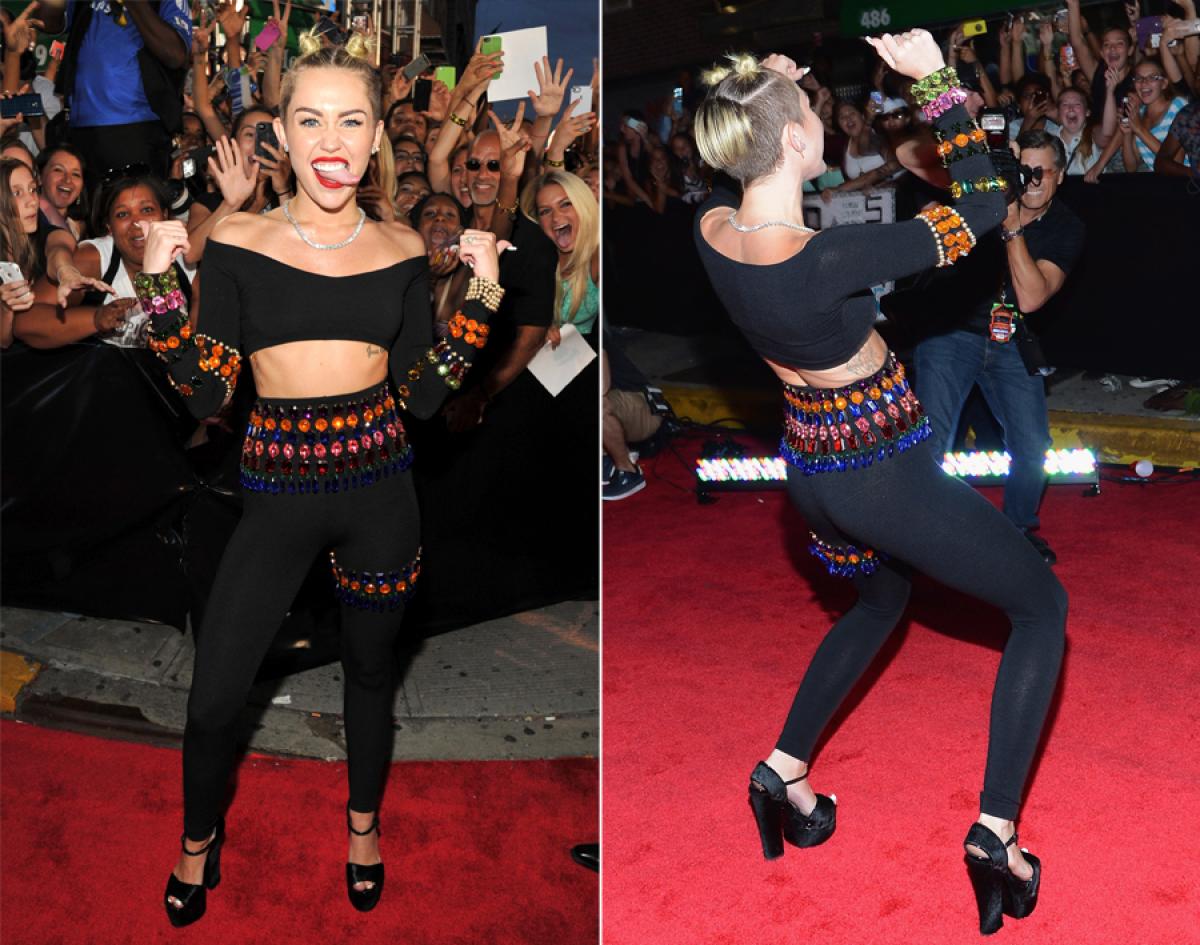 And here we are. Miley crazied it up in full force this year with a Sailor-Moon-meets-Scary-Spice hairdo, a Dolce & Gabbana number on the red carpet that looked like end-of-Grease Sandy taking a bellydancing class, and then there was that nude latex number and foam finger in her Robin Thicke-twerking performance. And the tongue and the bear and the ears and the… my head just exploded. Coco Chanel has inverted in her grave.

Knowing fully well as we did that nothing could be done to top her prior year’s shenanigans, Miley accidentally proved that keeping it simple was so much better and so much more beautiful. She wore a black-on-black leather number with hammer pants & a top made out of the cuff of one Star Trek boot, and sported a simple crop with long bangs and au naturele makeup.

So what will Miley surprise us with this year? At this point, I can’t imagine how she’ll hit the shock factor, but I’m sure she’ll come up with something.