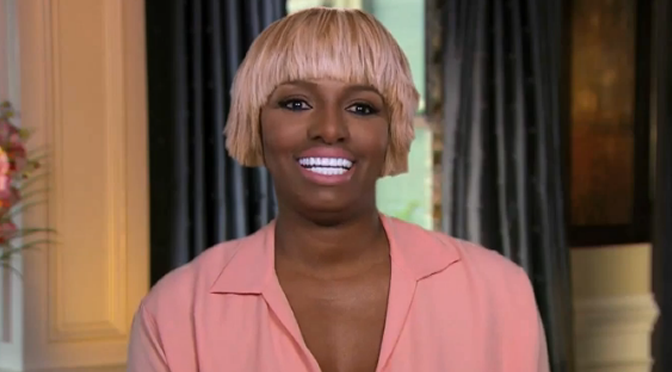 Many stars have rocked a Sia haircut, as we chronicled after the release of “Elastic Heart”, but this is a first for legendary Real Housewives of Atlanta shade-slinger NeNe Leakes – and unlike previous Sia-bobbers, I don’t think her imitation was requested as part of the “performance”. 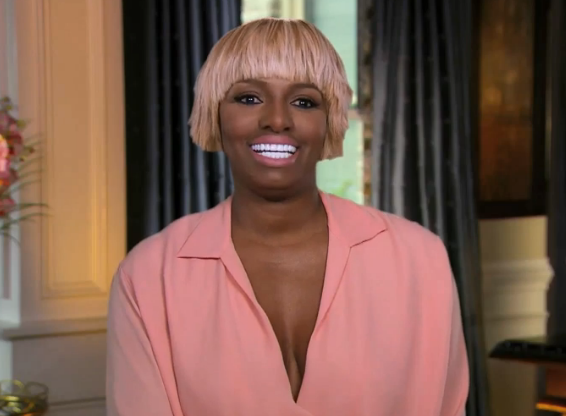 Ms. Leakes has had some incredibly hideous hairstyles (I even did a piece on Mode about that very thing), but this one sticks out since it was her interview wig. She admitted it wasn’t the best choice herself, but seriously… slap on a leotard and let’s see her swing from the chandelier.

Now – let me caveat this rant by saying something pretty groundbreaking. I actually think this wig could have been fierce, if it weren’t paired with Loni Anderson’s pajama top. Seriously, imagine a sequined royal-blue-and-black halter with that. Me-oww!

Even a statement necklace could have worked to doll this look up, but with those uneven ends, the lack of accessories and this way-too-casual shirt, this looks ra-tty. No “bravo” here. (Har.)

2 thoughts on “NeNe Leakes With A Sia Haircut… Is A Thing That Happened.”