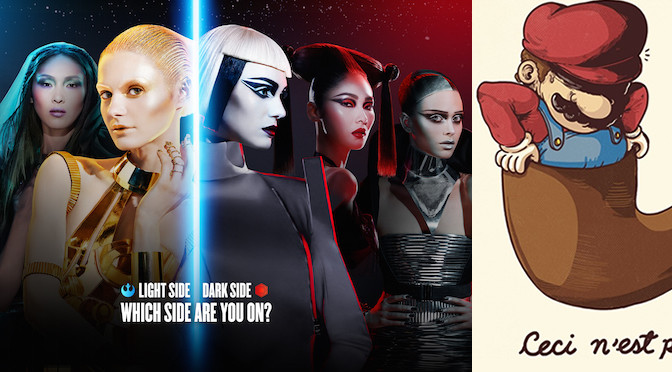 Know a nerd girl? Are a nerd girl? Congratulations, you’re officially awesome (or awesome-adjacent). Nerdy chicks aren’t hard to buy for (especially the redheaded ones), but finding girlier, nerdier gifts for them this holiday can be a challenge. (We can only buy so many Star Wars Rebels shirts in the boys section at Target, know what I mean?)

Here are some go-to gift ideas that are sure to get you a glimpse at her Tasha Yar panties (yes, they exist — but we’re TOS gals): 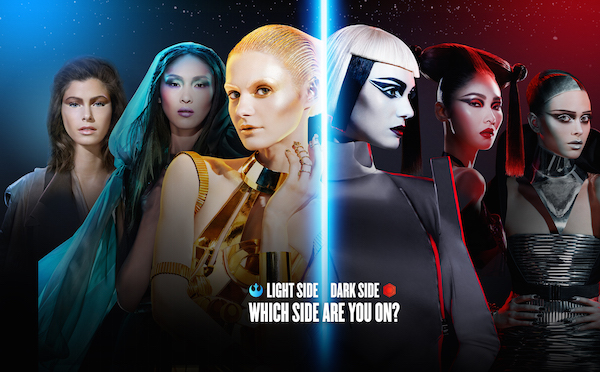 Dude, how cool is it that we exist in a world where there’s not only a new Star Wars movie, there’s Star Wars makeup?

I wish I could go back in time and tell my teen self to cheer up because in the future, Star Wars makeup is an actual thing. #itisntsobad

srsly. Covergirl has six beautiful looks (my favorite is “Stormtrooper” – that one that looks like Lady Gaga meets Candice from Project Runway 14), but you need to snag them while you can -they’re limited edition.

Speaking of Which, Star Wars Everything 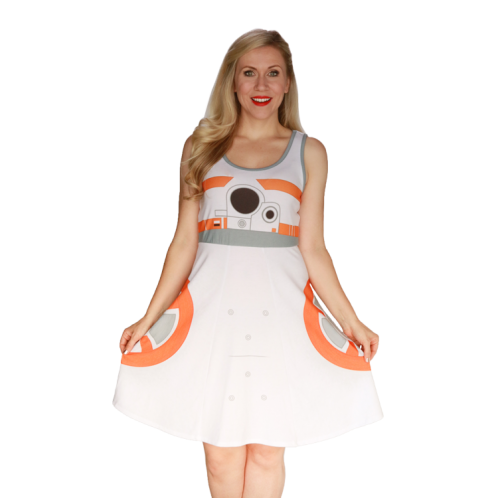 Have you noticed that now there’s Star Wars EVERYTHING? Like, everything. Thanks, Disney distribution!

We like girl-specific stuff, and Her Universe has an AWESOME collection of The Force Awakens gear designed specifically for women. Can you say SCORE? I would literally shoot someone for a BB-8 dress.

I’m not trying to generalize, but have you ever met a girl nerd who doesn’t love Harry Potter? I’m guessing not.

A Deathly Hallows bracelet or a subtle Golden Snitch necklace gives her a subtle, feminine accessory that still screams her allegiance to Gryffindor. (Or Hufflepuff. Or Ravenclaw. Whatever, we all love Quidditch.)

Bonus: the Snitch necklace has a working watch in it! Very Steampunk, no? 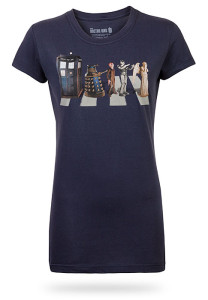 What’s better than one nerdy thing? Two nerdy things, of course. Get your dual-geekout on with products that combine multiple fandoms, and force those guys who pretend not to be staring at your breasts to defend their knowledge of TWO followings before they get to talk to you. (P.S. These are all made for women — no ill fitting boxy men’s shirts here!)

Favorites: this Doctor Who Abbey Road shirt, which combines our two greatest British loves (aside from Ricky Gervais); “The More You Wait” from Shirt.Woot!, which blends a classic meme and an all-too-familiar keyboard hammer; and my favorite T-shirt ever created, which was somehow brilliant enough to combine Super Mario and Magritte. Insta-gamergirl boner.

LootCrate: The Geeky Gift That Keeps on Geeky-Giving 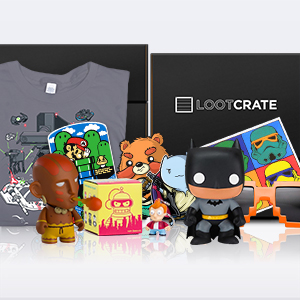 Tired of monthly subscription boxes with overpriced beauty samples, healthy snacks and other ridiculosity? How about one that’s ALL NERD STUFF? Lootcrate volunteers as tribute.

Spoilers, darling: this WILL be the best $20 you spend every month. Get a sub for you and another one for your geeky girlfriend. (Don’t worry – they take your shirt size, so if you random on a sweet Bill and Ted shirt like I did, you can rest assured each of your respective tops will fit.)

What are you getting the geeky girl in your life this Christmas – or what are you, the nerdess herself, asking for?

Whatever your choice, you can be guaranteed a girl who gets the nerdier side of life will always have an awesome gift for you.