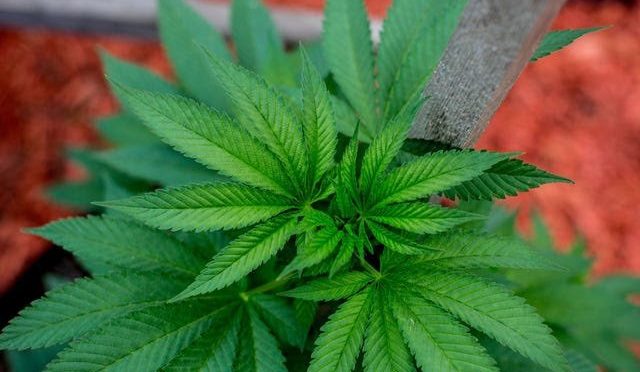 With the medical marijuana industry booming at a fast rate, the expectations for recreational marijuana legalization is sky high. But compared to the 33 states that have legalized MMJ, it’s going to take a long while before recreational weed gets its glory.

Lawmakers look at a lot of different perspectives and it’s not easy dealing with various pressures. This isn’t some easy task but they’re not closing their doors to it. There have already been lots of reports and let’s just see if it would happen anytime soon.

Before we even dive into the possibilities of recreational marijuana ever being legalized, let’s first look at the marijuana situation in the state.

Being one of the recent states to legalize weed, it was just last year that it went fully operational. With that being said, the state still has to get a grip on what happens with the industry if they decide to go fully legal.

However, even if it’s legal for patients, they still can’t smoke or grow it at home – something people still want to change. Another thing is, employers are still allowed to take action against employees found positive on drug tests. Weird, right?

Indeed, the state has a long way to go but it must first start with its own policies. Recreational weed will definitely take everything to the next level, so, they better be careful.

While it seems a little less likely, lots of Ohio lawmakers have never tried smoking recreational marijuana before. Although Lt. Gov. Jon Husted and Atty. Gen. Dave Yost confirmed they’ve used it before.

Most of the reasons why they haven’t tried it before was because it altered reality and it could get them in jail – both of which were clearly not good effects of a short high. It was during that time that lots of states were still against the usage of weed for both medical and recreational marijuana.

The first time the state tried to pass a two-in-one initiative for both medical and recreational marijuana in 2015, it failed for a lot of reasons, including who gets to have licenses.

Voters in the state have rejected marijuana long before and gave only the investors the license to grow marijuana. Compared to a poll done by Gallup Poll before which garnered 66% of support for weed, this is quite low.

But that was only because the voters didn’t trust on who gets to be licensed to grow and sell the still Schedule I drug. In the 2015 initiative, only 10 growers were allowed and the residents worried that this might create an oligopoly and have a negative impact on per-gram flower prices.

If the law would be more transparent about who gets to be licensed to grow and sell, the voters would be more open to legalizing marijuana in Ohio along with 10 other states.

Before it gets to be legalized, the Ohio Marijuana Legalization initiative might appear on the ballot on November 5 this year.

The measures include legalizing its use, possession, and sale for people who are of legal age in Ohio. The Ohio General Assembly would also be authorized to enact a tax on retail sales of marijuana.

To get that ballot, the number of signatures should be at least 10% of the votes cast in the preceding gubernatorial election. That plus the 1,000 signatures from the initiative sponsors.

More than that, the signatures must also be from at least 44 different counties in Ohio, 50% of the total counties. If petitioners really want this to happen, at least half of the total required gubernatorial votes should be gathered in each of the 44 counties.

There’s no time limit on when the petitions should be circulated but the signatures must be submitted 125 days prior to when the proponents want the general election for the initiative to happen.

If you want to help out with the legalization of recreational marijuana, you can submit your own petition here. https://www.wlwt.com/article/marijuana-petition-underway/3161161. There’s still a long way to go and your help can go a long way.

It’s not impossible for the state to legalize recreational marijuana. However, getting it approved requires lots of help from those who want to see it get legalized. Signatures need to be gathered from a lot of different counties. If you want to help, help spread petitions or create one of your own. Start today and get closer to that goal.