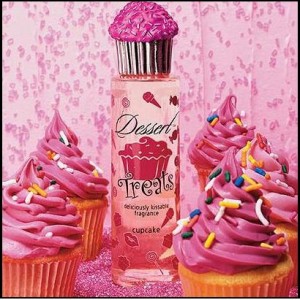 I, like many girls, am a bargain shopper. If it’s on clearance, there is at least a 50% higher chance that I will buy it. So when I strolled into Walgreens and saw this shampoo sitting on the shelf covered in red stickers, I said, “I have to have it! It’s 75% off!”

Sure, there were a few red flags. It said “conditioning” before shampoo, as if the creators were under the delusion that ANY shampoo was moisturizing enough to entirely replace the role of conditioner. Worse, it said “shampoo and body wash”. Any combination product is generally terrible at both jobs. But the shopper in me took over, forgot that if Jessica Simpson’s image isn’t enough to sell it, it’s bad, and took this little gem home.

My hair wasn’t happy with me: it felt unusually dry after using this stuff, and the smell was somewhat overpowering. It actually felt like I’d just washed my hair with cheap body wash. Even my hands felt dry after using it. Everything about this product says cheap, and it’s so rough and soaplike I won’t even use it to shave my legs. In short: An entire waste of money. You don’t get new hair, so cough up some money for what you’ve got.

The Verdict: 2 out of 10. Yes, I gave it two. Because it’s pink and curly, and my hair didn’t fall out or anything…let’s give Jess a break, shall we?

I don’t think anyone actually sells it anymore, but if they did, I still wouldn’t put the retail link here. It’s that bad.