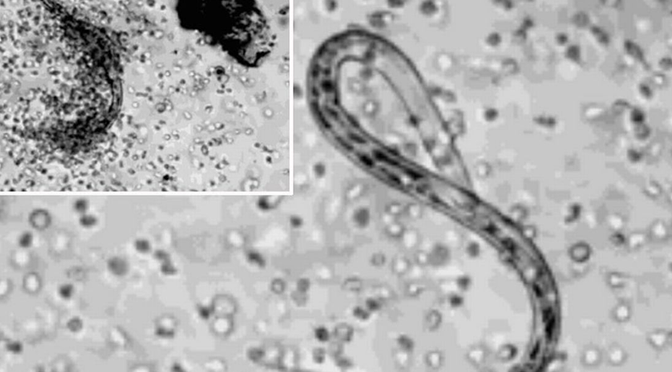 Last year, I went through a crazy health scare. My bloodwork went way, way out of control, and through hours of appointments with various doctors and what felt like gallons of blood drawn we reduced the possibilities to several forms of leukemia, autoimmune disease, or a parasitic infection.

Parasites are fairly easy to test for, and my doctor ordered every kind of diagnostic under the sun but turned up nothing. We began to brace ourselves for the worst: we knew that the doctors had narrowed it down to a parasite, or very bad news. Acronyms like AML and CLL began to flood my brain night and day, and the lump in my throat grew as tests came back repeatedly with the same hyperelevated numbers.

And then all at once, after months of green tea and vitamins and “thinking positive thoughts” (ha), something changed. I went for what seemed like my millionth appointment, a follow-up to find the results of my latest bloodwork and echocardiogram (just one ingredient in the diagnostic salad they threw at me). The doctor blinked at me and said he couldn’t explain what had happened, but my numbers had returned to normal. “It could be a fluke,” he argued, citing my continued elevation in the past few months.

Somehow, miraculously, it wasn’t. Without explanation, my bloodwork returned to normal and my body resumed its completely average functioning. “I don’t understand how it’s possible,” my doctor shook his head, “but it’s good news.”

What had happened? Many of my friends and relatives praised the skies and cited numerous prayers, and while I’m grateful for all that, my current theory is that a parasite was in fact the culprit all along. “But we did serology and fecal,” the doctors noted (tasty, huh? You shoulda been there). Whether I somehow contracted some exotic overseas parasite we didn’t test for or it was just missed, I believe some evil little worm was the cause of my six months of worry, and I finally kicked him to the curb the natural (but long) way.

With all that in mind, the discussion of parasitic infection has become something that strikes a chord with me. Millions of Americans develop parasitic infections and symptoms often go unnoticed or are misdiagnosed. These microscopic creatures are typically picked up through food and water. Infection can lead to serious health problems including seizures, blindness, pregnancy complications, heart failure and even death.

Parasites can usually be detected with a blood test or through stool analysis, and treated with anti-parasitic drugs or antibiotics. But if you suspect you’re already suffering from one, want to prevent an infection, or prefer herbal alternatives to western medicine, ParaGuard may be a great option for you.

Zahler’s ParaGuard contains a powerful blend of herbs that can help rid the body of worms and other parasite. It is an advanced formula intestinal flora support and also aids in a healthy digestive system. Since I also tend to suffer from occasional gastritis, I’m down with that plan as well.

The product comes in a bottle with a dropper, and you’re instructed to mix the drops with juice. In orange juice I didn’t really taste it – only perhaps a slightly different mouthfeel. Many of the ingredients also assist in helping with the side effects of parasitic infection, including a greater risk of contracting bacterial and viral infections that comes along with it.

I’m a lifelong devotee. Don’t mess around when it comes to parasites. Get the product here for $25.97.

Thanks to Zahler for sponsoring this post and showing me that there’s a natural alternative to the intensive drugs that are given in response to parasitic infection — assuming the infection is detected at all.

One thought on “Rid Yourself of Parasites & Improve Digestive Health: #Paraguard”