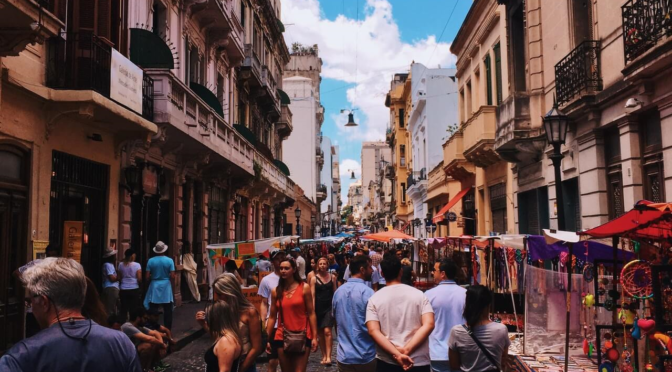 Deciding where your next vacation will take you can be fun but a little overwhelming. There are so many different and amazing countries to visit all over the world — how could you possibly choose?

If you’re feeling a little bamboozled, capital cities are a good place to start. They’re a great way to get a feel for the country you’re visiting, they tend to be tourist-friendly, easy to travel to, and there’s pretty much always something to do. The best food is often found in capital cities too; you’ll get a taste for the local cuisine, sample fusion foods and won’t get stuck eating just weird regional delicacies.

Here are four wonderful capital cities to add to your travel wish list — all unique and fascinating in their own right.

Recommended reading: WHAT ARE THE BEST SUSTAINABLE TRAVEL DESTINATIONS FOR 2020?

If there’s one big and famous capital city that you put on your list, make it London. It might feel slightly cliched, but you definitely need to visit England’s capital at least once.

If you’re making the trip to London then you need to do the classics: Buckingham Palace, the London Eye, Trafalgar Square, Hyde Park, London Bridge, the Houses of Parliament, Big Ben, the Tower of London… It may sound like a lot, but you’d be surprised how much sightseeing you can do in one day when you ride those red double-deck buses!

There is plenty to do during the night as well, so you won’t have time to be bored while you’re visiting. Throwing yourself into London life while you’re there is probably best: watch a comedy show in the best comedy clubs, dance the night away in glittering Soho bars, or spend a sophisticated night in a casino (for inspiration on the best casino in London, click here). Get chatting, get dancing, and make sure you get a kebab on the way back to your hotel.

Iceland’s capital has been growing in popularity with tourists for a while now, and it’s easy to see why when you look at photos. Full of colorful houses, perched by the sea, surrounded by mountains and volcanoes — who wouldn’t want to visit?

There are all sorts of things to do and see when you get there: jump on a whale-watching boat to spot huge humpbacks, as well as dolphins and puffins, or join a Northern Lights tour to witness one of nature’s most magical sights.

And one of the great things about visiting Reykjavik is that it’s easy to get out of the city and visit other Icelandic attractions, such as the nearby Blue Lagoon. This huge lagoon is naturally heated by thermal springs and is a popular destination for locals and tourists alike. People go to relax and rejuvenate their skin with these geothermal waters, enriched with silica, algae, and minerals.

You wouldn’t be wrong either — there’s a reason that Argentina’s sprawling capital city has such a reputation, and you should definitely sample these infamous delights while you’re there. There are steaks so tender that a spoon can melt through the meat (which your waiter will demonstrate), rich red Malbecs that you won’t ever want to stop drinking, and dramatic tango shows that are well worth the money.

But Buenos Aires is much more than that; a vibrant, romantic, and culturally-rich city that has so much to offer. Pick up trinkets and treasures at the legendary flea market of San Telmo; visit the loud and colorful streets of La Boca or sip mate at artsy cafes in hipster neighborhood Palermo.

If you get peckish while you’re exploring, then you can find a tasty (and very cheap) empanada on pretty much every street corner — or you can head to an Argentinian barbecue (asado) for some of the best meat you’ll ever eat in your life. Try a choripan: a juicy chorizo sausage sandwich in crusty bread, finished off with tangy chimichurri. Heaven.

Want to visit a capital city that doesn’t normally make it onto the “big” lists? Somewhere off the beaten track? Somewhere, when you tell people where you’re going, they say, “where?!”

Welcome to Valletta — one of the smallest capital cities in the world, covering less than a square kilometer of land. It’s the capital of tiny island Malta, which is somewhere down from Sicily and 300 miles north of Africa in the Mediterranean sea, if you’re trying to find it on the map.

Malta is a sunny, friendly island with some great weather, lots of fun things to do and see, and crystal-clear, warm waters. But it’s the ancient capital of Valletta that is the true jewel in this island’s crown — a city of golden hues, colorful balconies, and medieval buildings.

The cobbled streets and courtyards are full of buzzing bars and restaurants that showcase some of the best Maltese cuisine around (think fresh octopus and sea urchin risotto). And if you don’t fancy a sit-down meal, you can pick up some tasty pastizzi (traditional Maltese pastry stuffed with ricotta or curried peas) or refreshing ice cream and get lost in the winding streets between the fortified walls.

There are plenty of beautiful sights to take in too, whether you’re gazing up at the impressively ornate interior of St John’s Co-Cathedral or taking in the view of the Three Cities across the magnificent harbor from the Upper Barrakka Gardens.

These are just four wonderful capital cities that you can add to your travel wish list. Each has its own unique personality and incredible offerings for any visitor. There are many more, but you should definitely start with these — you won’t regret it.