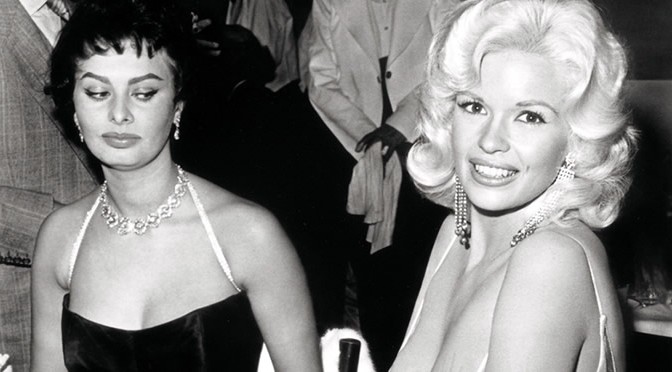 Even Old Hollywood had side-eye. Heck, this picture makes it look like Sophia Loren invented side-eye. Let’s face it, ladies – the art of shade was probably perfected before most of us were in our DKNY diapers.

Here’s the infamous photo of Sophia Loren classically giving the most intense sideways glance ever at Jayne Mansfield: 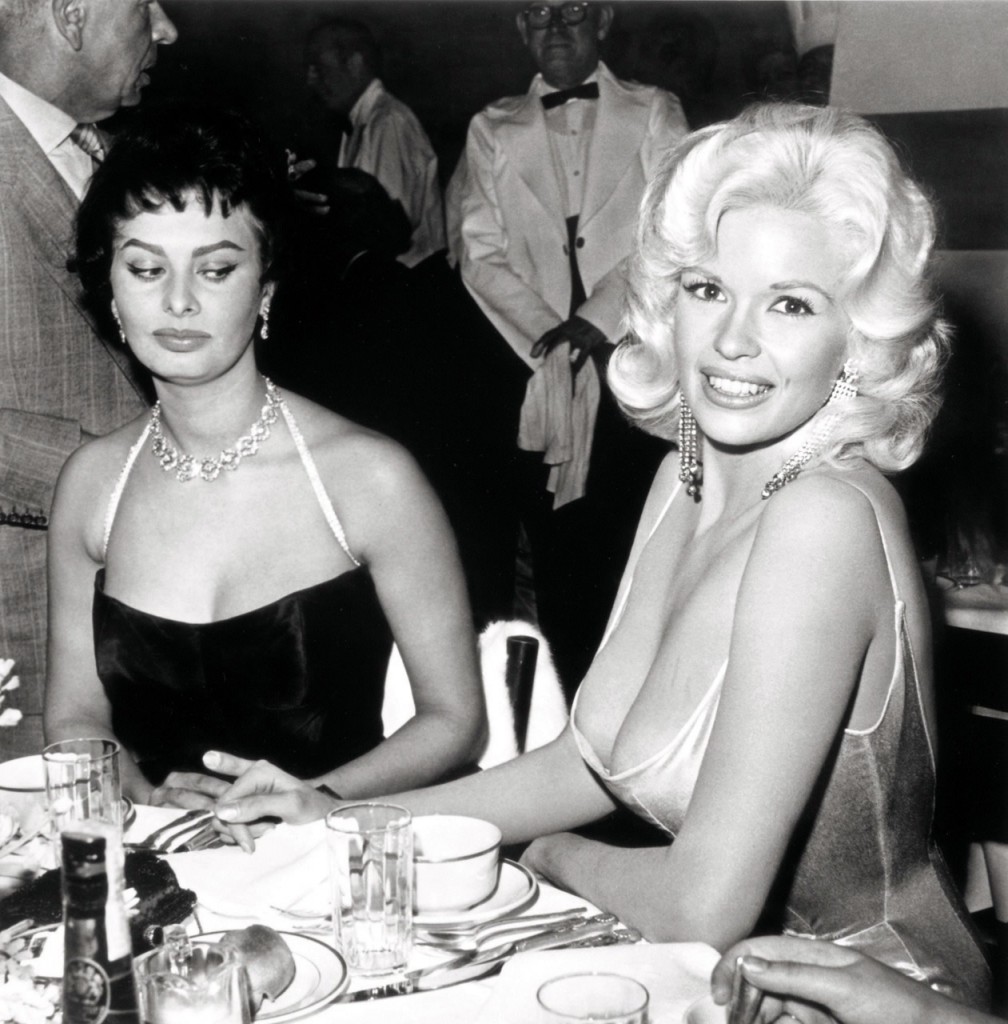 This soiree was way back in 1957, but it took Miss Loren until now to explain the situation.
The photo was from a party in Beverly Hills, thrown in 22-year old Sophia Loren’s honor to welcome her to Hollywood. 24 year old Jayne Mansfield was the last person to show up at the party, decked out in some serious platinum blonde curls and a boobalicious dress.

“She came right for my table. She knew everyone was watching,” Sophia Loren explained to Entertainment Weekly. “She sat down. And now, she was barely … Listen. Look at the picture. Where are my eyes? I’m staring at her nipples because I am afraid they are about to come onto my plate. In my face you can see the fear. I’m so frightened that everything in her dress is going to blow – boom! – and spill all over the table.”

This Tuesday, Loren released her memoir Yesterday, Today and Tomorrow: My Life, in which she discusses the party:

At that moment, Jayne Mansfield arrived. The crowd of guests parted to let her through as she headed straight for my table. She moved forward, swaying on her heels, perhaps not completely sober, with something grand and imperious about each step she took. She knew everyone had their eyes on her, and how could anyone not gape at her neckline, which was more than generous. It was as if she were saying: “Here comes Jayne Mansfield. The Blonde Bombshell!” She sat next to me at the table and started talking — it was like a volcano erupting. As she got more and more worked up, suddenly I found one of her breasts on my plate. I looked up at her, terrified … One especially quick reporter took a picture of the scene, and the image went around the world. I refused to autograph it. Hidden behind Hollywood’s enchanted kingdom were some coarse and grotesque sides, which I refused to have anything to do with.

Hmm. Doesn’t seem that complicated to me. If that little bosomy so-and-so flounced up to me with her bazoongas hanging out an hour late at a party thrown in my honor, she’d get worse than a hefty dose of side-eye.

Though this image is the most famous, there are some other really hilarious ones that aren’t as well known but should be: