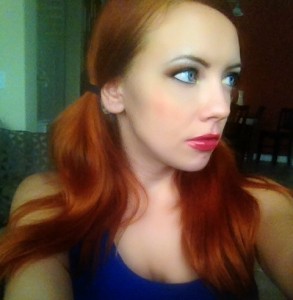 I like to write a positive blog for the most part. However, there comes a time when there must be The Airing of The Grievances. This is one of those times – the redheaded edition.

My head was born a blonde, but my heart has always been a redhead. I tried to deny it, I tried to fight it, but in the end I realized why my first instinct way back in high school was to go red – I had to embrace the redhead inside of me.

I thought the bonus to this move would be ditching all the dumb-blonde jokes and annoying come-ons. Little did I know, I was just trading one haircolor’s suite of witty repartee for another.

Without further ado, here are the things people apparently think about redheads based on what they say. I call it redhead prejudice – “redjudice”. Be warned – though I present them in good fun, most of these are fairly sexist. I imagine the things that are said to redheaded men are entirely different.

For all my complaining, there are times I enjoy, laugh at and reap the benefits of the absurd things people do and say in their “redjudice”.

What have you experienced based on your hair color alone?