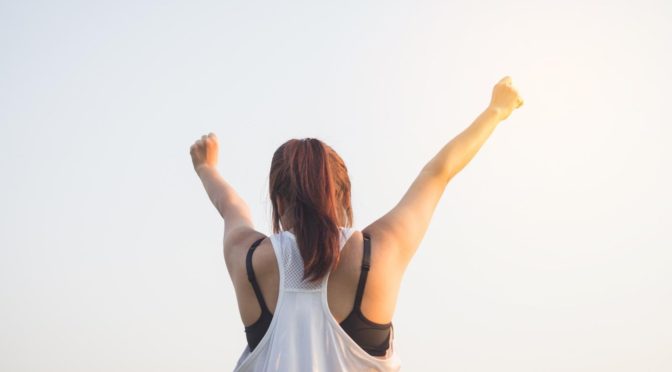 Developed in the 1970s, Modafinil was approved by the FDA (Food and Drug Administration in the United States) in late 1990 for the treatment of narcolepsy and other sleep disorders. Adrafinil, the non-amphetamine stimulant, was groundbreaking as a wakefulness-promoting agent. Modafinil is a derivative of that compound with proven nootropic properties.

Modafinil treats sleep disorders and prevents fatigue but this is not the extent of its capabilities. Extensive testing has shown that it holds cognitive benefits that range from mental alertness and mood enhancement, better reactions, an increase in motivation, and memory improvements. Read more about these benefits here.

This compound is deemed a Schedule IV controlled substance within the United States. What this means technically is that it does have a medical use that has been noted and accepted, but it has the potential to cause psychological/physical dependence and could be abused. This is rare. It can be purchased as a prescription drug both in Canada and the United States. You will find it under the brand name Provigil or Alertec.

Modafinil is growing steadily in popularity as a nootropic, ‘smart drug’, being used off-label by corporate workers, students, shift employees, and those who require an increase in wakefulness and a mentally enhanced performance.

The effects can be compared to those of amphetamines as in Adderall, but this is a completely different substance. This compound is a eugeroic made specifically to improve mental alertness.

Adderall and amphetamines of that nature are psychostimulants generating temporary elevation of psychomotor activity. The actions of this drug are much more selective allowing for energy that is less jittery with fewer adverse effects and much better tolerance for the user. There is also less of a potential for any type of dependence or abuse than with amphetamines.

This element was designated to increase alertness, promote wakefulness, and provide mental enhancement to those who experience sleep-deprived conditioning. It prevents daytime sleepiness without the disruption of normal sleep patterns at night. This makes it valuable to individuals experiencing narcolepsy or sleep disorders along the lines of sleep apnea. It shouldn’t be construed as a cure for these conditions but rather an aid.

People who have positions that require them to be awake, alert, and active at night when most circadian clocks are telling you to be asleep, find this to be very helpful in keeping them energized. It is thought that it can affect certain substances within the brain that are responsible for controlling the wake/sleep cycle.

This drug has been used off-label for depression in those where antidepressants alone are not completely effective which you can look over at https://psychcentral.com/news/2013/11/29/modafinil-anti-depressants-better-relief/62630.html. Taking this substance along with traditional antidepressant medications has been shown to improve the fatigue and excess tiredness symptoms that are associated with depression.

Modafinil has the rare potential to cause mild to serious adverse effects.

More serious adverse effects: These are not common but have the possibility of happening. Call your physician right away if you experience any of these. It is critical that you phone 911 if you believe that the symptoms are posing a life-threatening situation or if there is a medical emergency.

Rash of a severe nature: In rare instances, this compound can bring on a severe rash in the beginning weeks. This is accompanied by fever and vomiting with the potential of liver problems, issues with kidneys, lungs, as well as the heart. If a rash occurs, the doctor should be called immediately and you may need to stop the drug.

It’s important to read more about Modafinil, be educated, and follow your doctor’s instructions carefully when initiating this type of substance. The doctor should also monitor you throughout use. This list is not all-inclusive of the possible side effects.

Provigil dosage will depend on several different factors:

Most practitioners will begin a patient on a smaller cycle and bump it up gradually to the appropriate dose for that person’s needs. Ultimately, the prescription will be for the smallest amount needed to acquire the desired effect.

(It can be taken with or without food.)

Modafinil is typically a drug that is taken as a long-term medication for those suffering from sleep disorders. These are generally chronic conditions that will require treatment for an extended duration such as this. This drug requires a prescription, so speak to your doctor if you’re experiencing any type of sleep-related issues.

One thought on “Wake Up With Modafinil”