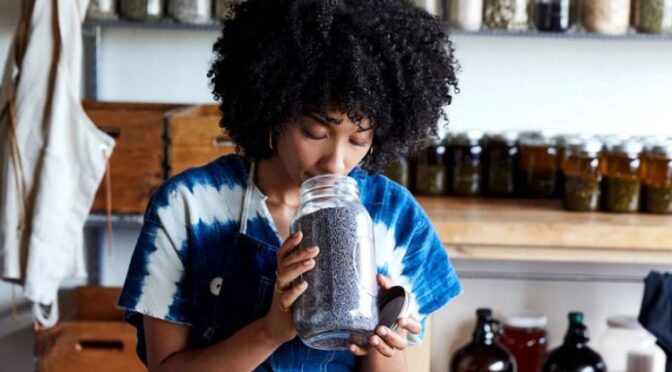 Relief can be found with some of the most common herbs and spices in your grocery store. These remedies have been around for years, and have a strong track record of getting the job done. Cannabigerol is one of those natural elements that work hard to relieve inflammation and pain in troublesome areas. To improve your body’s natural response to inflammation, try any of these seven herbs and spices.

Also known as Pennogenyl, this is a spice that comes from the bark of a maritime pine tree. It has been used for over 2,000 years, and is a remedy to get rid of inflammation. You don’t need a lot to enjoy its benefits, as normal doses never go over 200 mg a day.

Most people familiar with turmeric use it in curries or hearty stews. Beyond the kitchen, turmeric has anti-inflammatory properties that can be found in its yellow pigment. Turmeric is a terrific antioxidant, and can be used to offset changes in diet. Supplements using turmeric are plentiful, but users should stick to well-known brands.

Incense and candles have made frankincense a popular household name. Frankincense is the resin from a native India tree variety known as Boswellia. Even in modern times, frankincense is used to treat inflammation and joint disorders. The recommended dosage of the herb should never exceed more than 1500 mg per day.

Green tea is probably the most well-known antioxidant in the world. It has been a key ingredient in several skin creams, diets, pills and drinking teas. If you don’t like the taste of green tea, quick dissolving pills are available. Buyers can even get green tea in a tasteless powder form to add to your favorite drink or meal.

This is probably the most surprising spice on the list. The very thing that makes chili peppers spicy (capsaicin) is exactly what you need to fight inflammation. For obvious reasons, restraint and common sense is needed when using chili peppers. Plenty of people have negative reactions to spicy foods, but there is nothing wrong with moderation. If it proves too spicy in small doses, pills are available that contain all of its benefits without any of the spiciness.

You don’t hear much about resveratrol, with the name itself making it sounds like medicine. That isn’t too far from the truth, as the herb is an antioxidant found in many plants. If you like red wine grapes, then a high amount of resveratrol can be found on the skin.

Since Egyptian and Roman times, white willow bark has been a solid choice to fight inflammation. It is similar to aspirin, but lacks many of its nasty side effects. A dosage that doesn’t exceed 240 mg is recommended, and should be more than enough to fight discomfort.

Don’t let modern stress sneak up on you without a way to fight back. Natural remedies are a helpful addition to your home that can be used for multiple purposes. Before common issues become chronic, remove them from your life in the most efficient way possible.