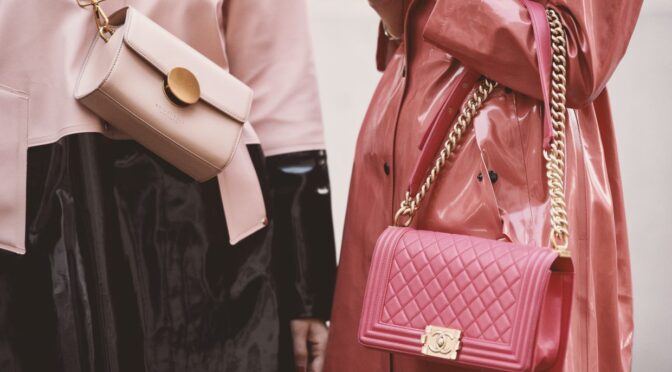 Although it’s unclear when the cultural shift happened, we began to judge people by their handbags. At some point, luxury status symbols openly carried began to speak volumes about the person who was carrying them. The importance of handbags comes from their origin and evolution. We’ve been primed to recognize and receive handbags in a certain light, even if we aren’t sure why. The prominence of handbags is a long story that begins all the way back at World War II, and it continues through the present day.

They Signify the Liberation of Women

Women did not always carry handbags. This isn’t because women didn’t want to be stylish – it’s because they couldn’t afford them and had nothing of value to carry with them. Around World War II, all the men were at war. Women had to take over many of the important roles necessary for keeping the country together, and they entered the workforce in droves. Out of necessity, women did things that weren’t ordinarily considered “women’s work”, like factory and manufacturing work.

For the first time ever, women had incomes. They were financially independent and supporting their family. This gave them purchasing power. Although most people were operating on very tight budgets during World War II, the occasional splurge on a non-essential item wasn’t entirely impossible. Many women began making their own handbags with surplus material and fabric scraps from garment factories.

A woman with a handbag was seen as hardworking and autonomous, especially if she had purchased an expensive handbag. That handbag was a status symbol. It meant that a woman could afford to buy something nice for herself, essentially creating the female equivalent of a leather briefcase that men would often use to signify their workplace status.

Women looked at other women carrying handbags with a certain kind of envy. It wasn’t the physical object of the handbag, but what it represented. Handbags meant a new future for women. One that was empowered and came with certain freedoms that were not previously attainable to the average woman. From that moment on, handbags became a metaphor for everything women ever wanted.

Your Bag Says Something About You

After World War II, things gradually changed. We came into the era of the working mom and the fully independent, unmarried women who elected not to have children. Norms and roles changed, but the significance of the handbag did not. Women had more purchasing power because they comprised a significant portion of the workforce, some of them in managerial or executive positions that offered better salaries. Purchasing a handbag was nowhere near as difficult as it used to be.

The market attempted to keep up with the times as things shifted. This is where the luxury designer bag came into play. Anyone could obtain a regular purse for less than $50 from a big box retailer. Only the elite could afford to spend thousands of dollars on a heavily branded bag that clearly spoke its price to everyone through repetitive monograms and distinctive color schemes.

Many people seek these luxury handbags as status symbols without understanding how and why they happened. The practical consumer now prefers a beautiful, functional bag at a price that will allow them to purchase several variants that will match their outfits.

Repurposing the Handbag from a Status Symbol to a Fashion Symbol

A high quality affordable handbag isn’t as difficult to come by anymore. As consumer attitudes shifted, these became the best solution for most women. Quality handbags at affordable prices give women options. It’s not abnormal to have five or ten handbags to rotate with different styles and different outfits. They became a part of the average women’s silhouette, and the finishing touch for a complete ensemble.

Handbags have a rich and complex history that the average consumer may not be aware of. What was once a visual signifier of a movement became an important accessory with a utility feature. The reasons may have changed, but the handbag has not. They will remain a part of our lives (and our outfits) for decades to come.

When it comes to putting together your everyday outfits, the right accessories are a must for achieving an effortlessly stylish and personal look. While you may have a wardrobe full of accessories that will come and go out of fashion, these 5 accessories are timeless pieces that you will be able to style season after season. These accessories are designed to go with multiple outfits and become your go-to pieces whether you’re in jeans and a t-shirt or dressing up for a date. You may already own some of these classic pieces so achieving that perfect selection in your wardrobe can be totally achievable!

A simple black handbag is the key to creating your perfectly polished look. It’s the one item we can never leave the house without, which holds all our everyday essentials. A good quality leather bag is always worth investing in since it’s something you are guaranteed to use and love for years to come. The perfect black handbag will pair effortlessly with every ensemble. When you are choosing your handbag, make sure you go for both style and practicality. You want it to fit in all your everyday essentials. So whether you carry around the bare minimum of your keys, wallet and phone or prefer to pack your laptop, books and make-up, the size of your handbag has to fit all your everyday necessities. A classic black shoulder bag is an elegant choice that will suit every outfit in your wardrobe season after season so you can style this handbag for years to come.

2. A Stylish Pair of Flat Shoes

Everyone needs that perfect pair of flat shoes to dress up casual, everyday outfits. Luckily, we no longer need to juggle style and comfort – we can have them both! Whether you prefer loafers, ballet style slip-ons or sandals, make sure to find a quality pair that can be worn for all occasions. It’s important to find a pair that will go with at least three of your regular outfits. Shoes with metal wear or added details can give your outfit a sophisticated finish. Think metal chain detailing on your leather mules or cute buckled straps on your pumps.

While having a wide array of sunglasses is a great way to play around with your style. It’s also important to have that one go-to pair that sits in your handbag to pull out whenever needed. The best colour option to complement every outfit is either black or tortoiseshell. It’s best to choose a classic and flattering shape for your face rather than the latest trend. For a heart-shaped face, a pair of cat-eye, Costa Del Mar sunglasses or classic aviators will accentuate your best features. For round faces, go for a square or rectangle shape similar to wayfarers and avoid round sunglasses. If you have a square face with prominent cheekbones and a strong jawline, go for statement sunglasses in a cat-eye, aviator or round shape. Finally, if you have an oval face, you’ve hit the jackpot since you can look incredible in all sunglasses and larger frames will look especially chic on you.

Never underestimate the power of a classic black belt with a gold buckle to pull your look together. Perfect for every season, not only is a belt practical to hold your vintage jeans in place, it will also add will add shape to your oversized knitwear and structure to your favourite blazer. Belts will look chic whether they are from a designer store or the high street, so this is a piece you can opt to splurge or save on. Go for a medium size that will fit perfectly through your belt-loops and find a length that’s right for you.

An outfit is never complete without a few versatile pieces of jewellery, the right pieces will add the perfect finishing touch to your outfit whether you are dressing up a basic t-shirt and jeans or want to transform your date night outfit. The jewellery trends seen this season are thick hoop earrings; a stack of delicate bracelets and a few coin necklaces layered up. If you want to an extra playful look for summer, try adding a delicate gold anklet for a bohemian touch. Although you should wear the metal you love most, when choosing your jewellery there is a way of telling which colour will suit you best; If you have a warmer complexion, gold will make you glow, whereas silver or white gold will look great on cool toned skin. Mixing and matching silver, gold and rose gold jewellery will give you a gorgeous bohemian look, perfect for the summer months.

How many can you tick off your list? Having these five simple items in your wardrobe will definitely make getting ready each morning infinitely easier and give you a naturally stylish look that you can pull together with little effort. 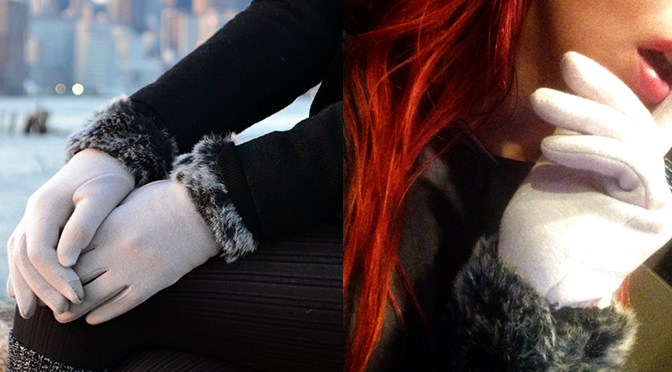 Luna, Diana and Artemis want you to quit exploiting mooncats for their fur! (And people probably harvest those little crescent things on their heads too. Also NOT cool.)

Simmer down there, doves – Moon Cats is a fashion accessories brand, and the fur is faux, tee why vee em. I would never wear real fur and Luna is my homekitten. END_OF_DOCUMENT_TOKEN_TO_BE_REPLACED